Chcany Blog
Categories
Browse All Categories
By CHCA on December 09, 2022

Home care workers play a key role in caring for older adults, people with disabilities, and those with chronic illnesses.  It is a vital role that allows clients to receive care in their own homes instead of a nursing home. In various homes, clients rely solely on the care of a home care worker.

Home care workers, primarily women of color and immigrant women, are committed to delivering high quality care to people in their communities, but they face many challenges. Until recently, workers earned only $15 per hour, making it incredibly challenging to take care of their own families especially given the rising costs of food, rent, utilities and overall inflation. A home care worker salary still isn’t much, and a considerable number of home care workers depend on public assistance, and many have two jobs to sustain themselves and their families.

As a result of low pay, New York State (NYS) is facing the largest shortage of home care workers in the nation. At the same time, New York’s population is aging and the need for home care is growing. Over the next ten years, PHI estimates that home care, including consumer-directed personal assistance, will add far more new jobs than any other occupation in the state. In its national health care labor tracking study, Mercer reported that NYS currently has a workforce shortage of 25,000 workers and that it will grow to 80,000 by 2025.

The Fair Pay for Home Care Act, NYS Senate Bill S5374A / Assembly Bill A6329A would require home care workers to earn 150% of the local minimum wage. If the bill passed, those currently making $15 per hour would make $22.50 per hour. We believe that this increase would address and help stop the workforce shortage.

To fight for this wage increase, CHCA hosted meetings with Bronx and Manhattan Assembly members and Senators and invited home care workers to share their home care stories: Why did you become a home care worker? Why do you continue to do this job, despite not earning a decent living wage?

Many legislators agreed to sign on and, with their support, we got the bill into the assembly and state house. That is when CHCA kicked into high gear, together with our advocacy members, home care workers and 1199SEIU union partners. We began hosting fair pay events throughout New York City and posting the events on our social media. Many workers volunteered to do phone banking, calling different legislators including Governor Hochul to advocate for Fair Pay for Home Care to reach the state budget. 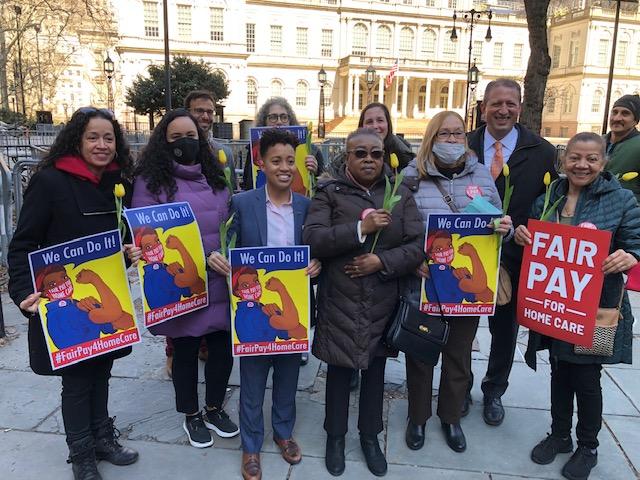 The NY Caring Majority created videos of clients talking about how the worker shortage has impacted their care. 1199SEIU sponsored televised videos of workers stating why this campaign was important to them. Members wrote letters to the editor, and articles were published in the New York Times, Hudson Valley News, Daily News, and City & State. There was also media coverage on News 12, and Spanish outlets such as Univision and Telemundo. All along the way, CHCA home care workers shared their stories through legislative hearings, news features, round table discussions and events.

The NY Caring Majority successfully got a supermajority of legislative sign-on from the state assembly and senate – over 140 in total. We won bipartisan support from urban, suburban, and rural legislators. Home care became a major priority for both houses of the state legislature and they each included the bill in their one-house budget resolutions – an indicator of strong support.

In March 2022, CHCA workers began traveling to Albany regularly with other members of the NY Caring Majority. It was our last chance to speak directly with legislators and advocate for Fair Pay for our workers. According to Senator Rachel May, the Chair of the Senate Aging Committee and the primary sponsor of the Fair Pay for Home Care Act, the NY Caring Majority “LIT UP ALBANY” during the 2022 state budget session.

Where is the Fair Pay for Home Care Campaign Now?

Prior to the campaign, Governor Hochul was offering a one-time bonus to home care workers, without a permanent wage increase. As a result of the tireless work of those advocating for Fair Pay, Governor Hochul announced that a $2 dollar per hour increase would go into effect on October 1, 2022, and an additional $1 per hour increase as of October 1, 2023. In October 2023, the minimum wage for home care workers in NYC will be $18 per hour. While we acknowledge that this is a good step in the right direction, this increase does not meet the demands of the Fair Pay for Home Care campaign, and it will not end the home care shortage enough to improve access for those who depend on this care.

But we are not giving up.

The New York Association of Health Care Providers (HCP) awarded the NY Caring Majority with the HCP Journalistic Excellence in Support of Home Care award. This award is presented to a journalist, reporter, or organization that has demonstrated a commitment to raising positive awareness of the home care industry. NY Caring Majority members Adria Powell, CHCA’s President/CEO, Kim Alleyne, CHCA Home Care Worker, and Ilana Berger, New York Director for Hand in Hand, attended the ceremony and accepted the award. HCP recognized the magnitude of coverage the NY Caring Majority received across various media outlets, press events, podcasts, editorials, and Op-Eds. CHCA is immensely proud to be a part of this important movement that will lead to a better quality of life for our workers and clients. 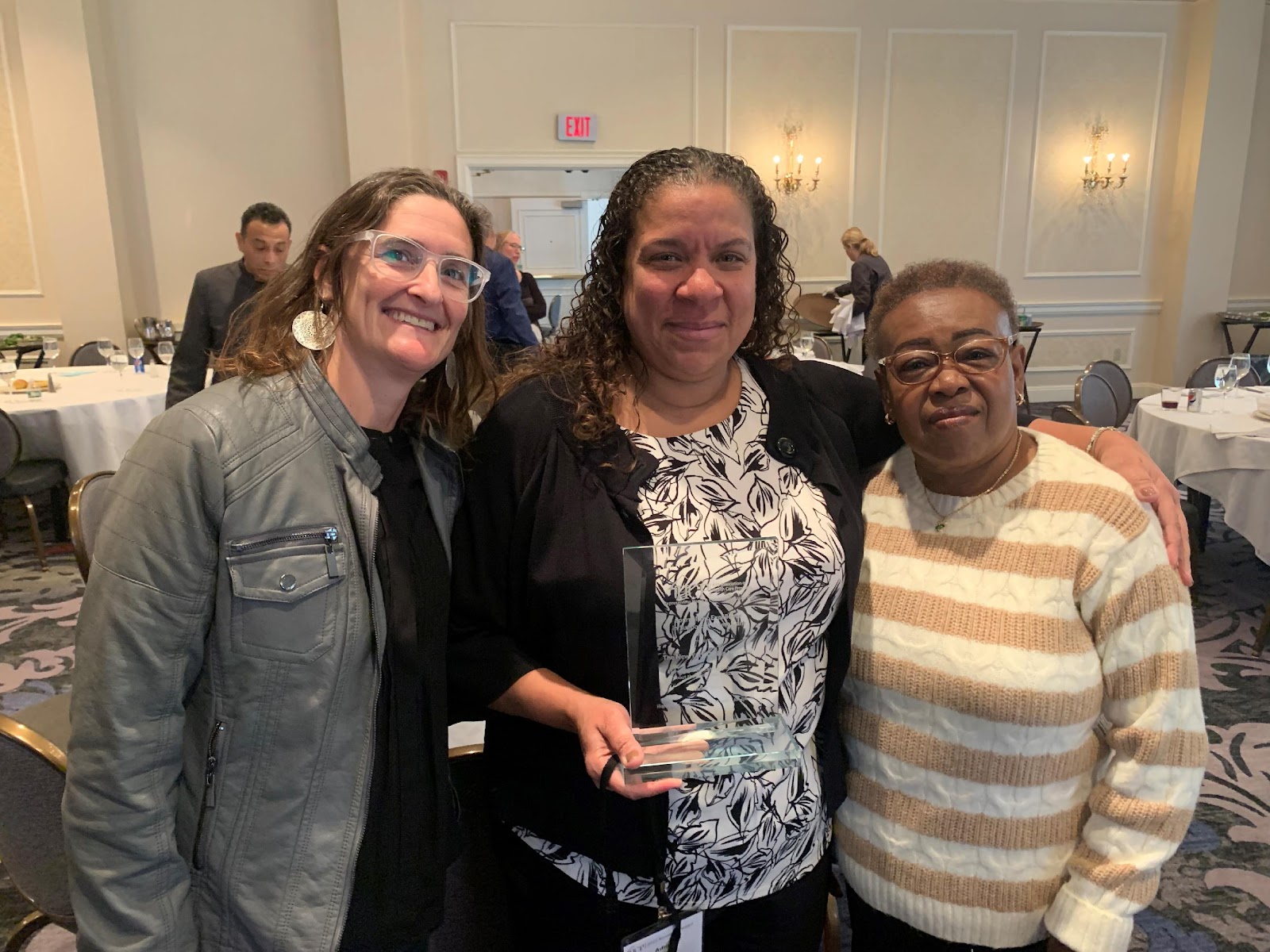 CHCA’s mission is quality care through quality jobs. We believe that Fair Pay for Home Care goes hand in hand with our mission. We will continue to advocate for higher wages for all home care workers and ensure we continue to provide quality services to our clients.